There were almost 6.6 million female scientists and engineers in the EU in 2020, which represented a year-on-year rise of 254,500, according to a new report by Eurostat. Women now account for 41% of total employment in science and engineering, the EU official statistics office added.

Among the Central and Eastern Europe (CEE) EU member states, the proportion of female scientists and engineers varied widely in 2020, ranging from 52% in Lithuania, to 31% in Hungary, which was one percentage point below bottom-placed Finland.

At a regional level, female scientists and engineers were in the majority in eleven EU regions, including four in central and Eastern Europe: North and South-East Bulgaria, Eastern Poland ( 57%), Lithuania (52%).

The two smallest proportions of female scientists and engineers – of 29% – were recorded in the Hungarian region of Transdanubia, as well as Germany’s Baden-Wurttemberg, Eurostat found.

A sector where women were underrepresented was manufacturing (where only 22% of scientists and engineers were female), as opposed to the more gender-balanced services sector (46%). 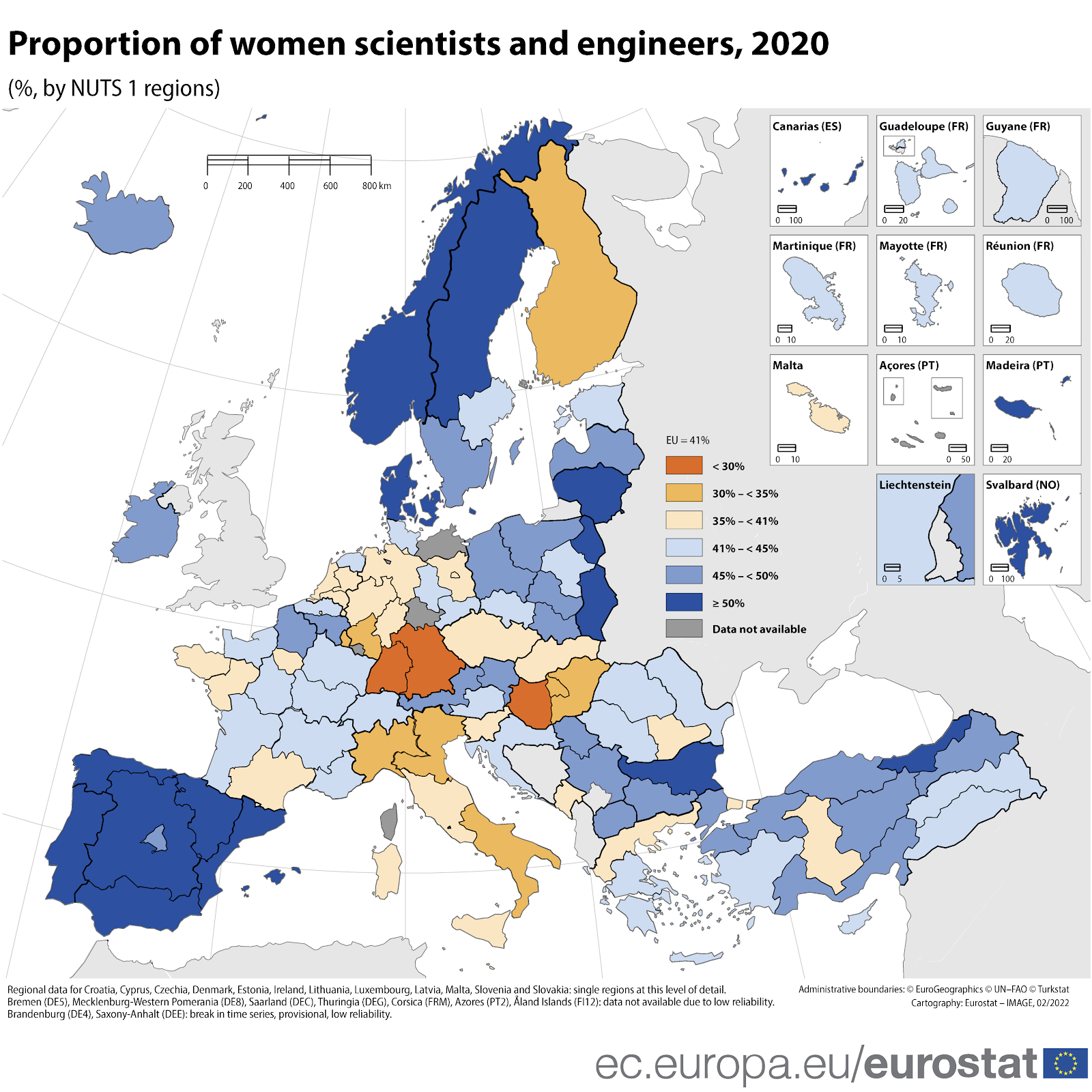